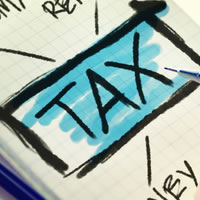 A tax fraudster who stole more than £1.6 million by pretending to be a spy, has been told that unless he pays back the money he owes to HM Revenue & Customs (HMRC), he will spend a further five years in prison.

Norfolk conman, Raymond Thomas, was found guilty of VAT fraud back in November 2017, when he was jailed for four years and eight months.

HMRC then commenced proceedings to recover the stolen money but, to date, Thomas still owes over £615,000. Now, the tax fraudster has been told that unless he pays up, his jail term will be extended.

Over the years, Thomas wove a web of deceit as he attempted to hide his fraudulent business activities. He told HMRC’s taxation investigators that he was working on a highly sensitive drone project for US Homeland Security, in a bid to explain why his business paperwork was incomplete.

He also told friends and family he was working as a spy and had to travel abroad on undercover espionage work.  In fact, Thomas was living the high life, travelling to various holiday homes across Europe, funded entirely by his VAT fraud.

Last month, a judge at Manchester Crown Court ordered Thomas to pay back the remaining £616,551 owed to HMRC within three months. If the money is not repaid on time, his prison sentence will be extended by five years.

Dr Anjulika Salhan, a Director and Head of Salhan Accountants’ taxation investigation advice team, said: “As experts in taxation investigations, we know from first-hand experience that if criminal activity is suspected, HMRC will not hesitate to prosecute and then take action to recover unpaid tax.

“Even if an additional jail sentence is subsequently handed down for non-repayment, this is not an end to the matter. The money is still owed to HMRC, which has the power to commence bankruptcy proceedings to recover the money owed.”

“Of course, only a minority of individuals intentionally set out to defraud HMRC. Many individuals may find they are under the spotlight, having unwittingly broken HMRC’s tax rules.