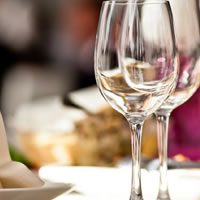 The owner of an Indian restaurant has been jailed for tax fraud after a HMRC ‘dawn raid’ discovered a secret accounts book.

Nazrul Islam, from Great Barr, Birmingham attempted to hide the true worth of his restaurant takings but came unstuck when HMRC tax inspectors arrested him and raided both his home address and his business premises in Repton, Derbyshire.

There, they discovered an accounts book which revealed the true extent of daily takings at his Jaipur restaurant. The book proved that between 2012 and 2017 Islam had fraudulently withheld £480,000 in tax.

HMRC’s taxation investigators also discovered a second card payment machine which had been used to siphon off payments to a separate account.

The card sales, together with the hidden cash sales, helped Islam hide up to half of his declared takings.

During the search of Islam’s home, £22,170 was discovered hidden in a wardrobe which was seized. HMRC have now launched confiscation proceedings to recover the rest of the stolen money.

“It is not unheard of for tax inspectors to pose as customers, to check how cash transactions are dealt with and whether all payments are being correctly declared within VAT returns.

“As this case illustrates, HMRC have wide-ranging powers to investigate suspected tax fraud and can obtain a search warrant to enter business or domestic premises as part of their criminal investigations.