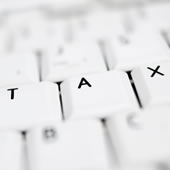 A Chinese restaurant owner, who falsely claimed that he ran two small creative businesses to avoid paying tax, has been jailed for three years.

Tax fraudster, Chin Seong Lam, lied to HM Revenue & Customs (HMRC), claiming a pottery manufacturing business in Greenwich and an art illustration company in Portsmouth had a combined turnover of just £20,000 a year.

However, a visit to the premises by HMRC inspectors revealed that he had, in fact, been running two multi-million pound restaurants.

HMRC tax investigation inspectors found that Lam had declared just £2,100 in self-assessment income over a two-year period. He also failed to declare VAT on cash payments and instead pocketed more than £1million in unpaid tax.

Following his arrest, the fraudster’s Greenwich restaurant and his home in Barnet were both searched by HMRC inspectors.

“As this case illustrates, HMRC have wide-ranging powers to investigate tax breaches – including the authority to search both business and personal properties if there is reason to believe deliberate tax fraud could lead to a criminal prosecution.