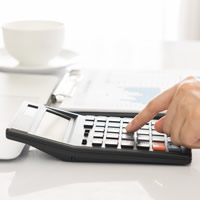 Four restaurant owners were found ‘cooking the books’, after an HMRC investigation uncovered an £800,000 tax fraud.

Mohammed Sharif Uddin, Mizanur Rahman and Sadiqur Rahman, all from Wednesbury, together with Abul Kamal from West Bromwich, were all found guilty of tax fraud.

HMRC’s tax investigators discovered that the four fraudsters had evaded tax by hiding the majority of their cash takings and had even pocketed tips meant for their staff.

The fraudsters also stole £295,000 in tax credits by lying about their income.

The Rahmans, who additionally failed to pay £240,000 VAT on the sale of their Stafford and Lichfield restaurants, were each jailed for three years. Uddin and Kamal both avoided jail, receiving suspended two-year sentences.

HMRC has already recovered £538,000 and has launched confiscation proceedings to reclaim the remaining money.

“It is not unheard of for tax inspectors to pose as customers, to check how cash transactions are dealt with and whether all payments are being correctly declared within VAT returns.

“As this case illustrates, HMRC have wide-ranging powers to investigate tax breaches, with deliberate tax fraud leading to a criminal prosecution.